By Eric Bocaneanu 906549 - Sat Sep 06, 2014 12:19 pm
- Sat Sep 06, 2014 12:19 pm #473838 Just my 2 cents. The problem that aircraft developers have had to face to bring a realistic weather radar to FSX does not apply to the kind of weather radar used on radar software. The problem faces there was mainly about a realistic 3D model for precipitation so the position of the aircraft relative to the precipitation was able to be seen properly by the radar return and the tilt to work properly. This does not apply to the top-down kind of radar that is shown on radar screens around the world. It is a fixed, or animated image but with no tilt function and the radar station is in a fixed position.

There is however a problem. ASN creates a proper weather model for radar but it does not sync it between all clients. So a weather cell may be in a place in one simulator while in another it may be 10 miles north and lighter. So in that way the radar couldn't help controller any to estimate deviations because what he would see would not be the same to what each pilots sees, because every pilots sees something different and will be deviating differently.

By Eric Bocaneanu 906549 - Sun Sep 07, 2014 11:58 am
- Sun Sep 07, 2014 11:58 am #473874 I may be wrong, so if you can check this with HiFi and confirm whether it is true or not it would be useful to know. As far as I know, all weather software, including ASN use METAR only to generate weather, and from that it generates TS/CB clouds in the area of the METAR station. If by any chance ASN now communicates actual cloud data from the server (which is doubtful) that would be incredible for VATSIM use. Let me know if you find anything.

In Live weather mode and provided each user updates regularly, are the weather phenomena depicted in the same location in real time inside FSX/P3D ?

Example, aircraft A flies same track with aircraft B at same (real) time and both use ASN with same weather settings Live on the Internet.

Aircraft A enters a storm cell, precipitation, low visibility, whatever, at point X.

Will aircraft B that flies at same point X in same real time enter the same weather phenomenon same as aircraft B ?

The question is mostly related to on line flying (VATSIM/IVAO) and how on line pilots who are close together get the same detailed weather features while flying.

I am asking this info. so that, if the answer is "Yes", the on line ATC Radar developer(s) get probed for potential interest in ASN integration just like aircraft developers.

Virtual ATCo's using the Radar software and as pilots own ASN could possibly then interface ASN with weather feed in to their radar scopes and get weather (that ASN on line flying pilots will face) displayed in their radar just like in real systems.

The answer from developer:

short answer is... yes and no As Vic said most of the important things (based on "raw weather data") will be in sync, but many details will not be (that have an inherent random nature): These include e.g. the exact position of a cloud (since a slightly different cloud model may be selected) or the placement of a wind shear hazard may not be exactly the same (in some cases it may be in the extended runway center line, in others not) etc

But, important things (QNH, winds, surface visibility etc) will be in sync. Things are more prone to be out of sync if the airfield does not have valid data and relies on interpolation. Of course flying online makes this a non issue.

In general, we never designed ASN for such functionality and in some cases it may be suboptimal (only testing it will tell). Moving forward, we may implement a more explicit way of serialising and syncing data (that may also serve multiple PC sim configs).

They can always read the data ASN already exports for integration with flight planners, aircrafts etc.

These are some pic's for reference that I collected:

What PMDG has done with the 777 ND (Navigation Display) and ASN integration:

So it looks like its up to Euroscope developers to decide and get in contact or not with the ASN team.
Gergely & team if you want the pvt email of the developer let me know.

For sure it looks like it is doable according to ASN developer.
You will not look at the exact cell where FSX pilot sees it in an accuracy of say 1nm but it will indicate you accurately the areas where FSX/P3D pop up moderate precipitation or thunderstorms from the ASN feed with an accuracy/discrepancy of say 5 +/-5 nm from client to client. This is what I have observed when on multiplay with other FSX pilots who have same ASN set up on live weather. Usually we get the same weather is same location but the actual cloud you enter in to may differ ~5nm or so from one client to another since ASN sets WEATHER THEMES in specific areas and then each FSX generates its clouds within those WEATHER THEME area.

The Eursocope scenario of ASN usage should be for the controller to own ASN as prerequisite and then instead of using it only for FSX/P3D to use it also to feed his Euroscope with WX image in his location of ATC just like in the PMDG's ND in the location of flight.

Nowadays most of the "advanced" Flight Simulator aircraft add on's have weather radar feeds in their Navigation Display directly from Active Sky precipitation data or via simulator's cloud data (which is very close to Active Sky data since all come from real world current weather with a small delay to pass and propagate through the Internet).

It would be so nice for ATCO's to have a similar precipitation image updating every once in a while if they choose so in their ATC radar.

This VIDEO shows what I am talking about !
http://www.youtube.com/watch?v=71I2rGfCKDo

Kudos to the team! 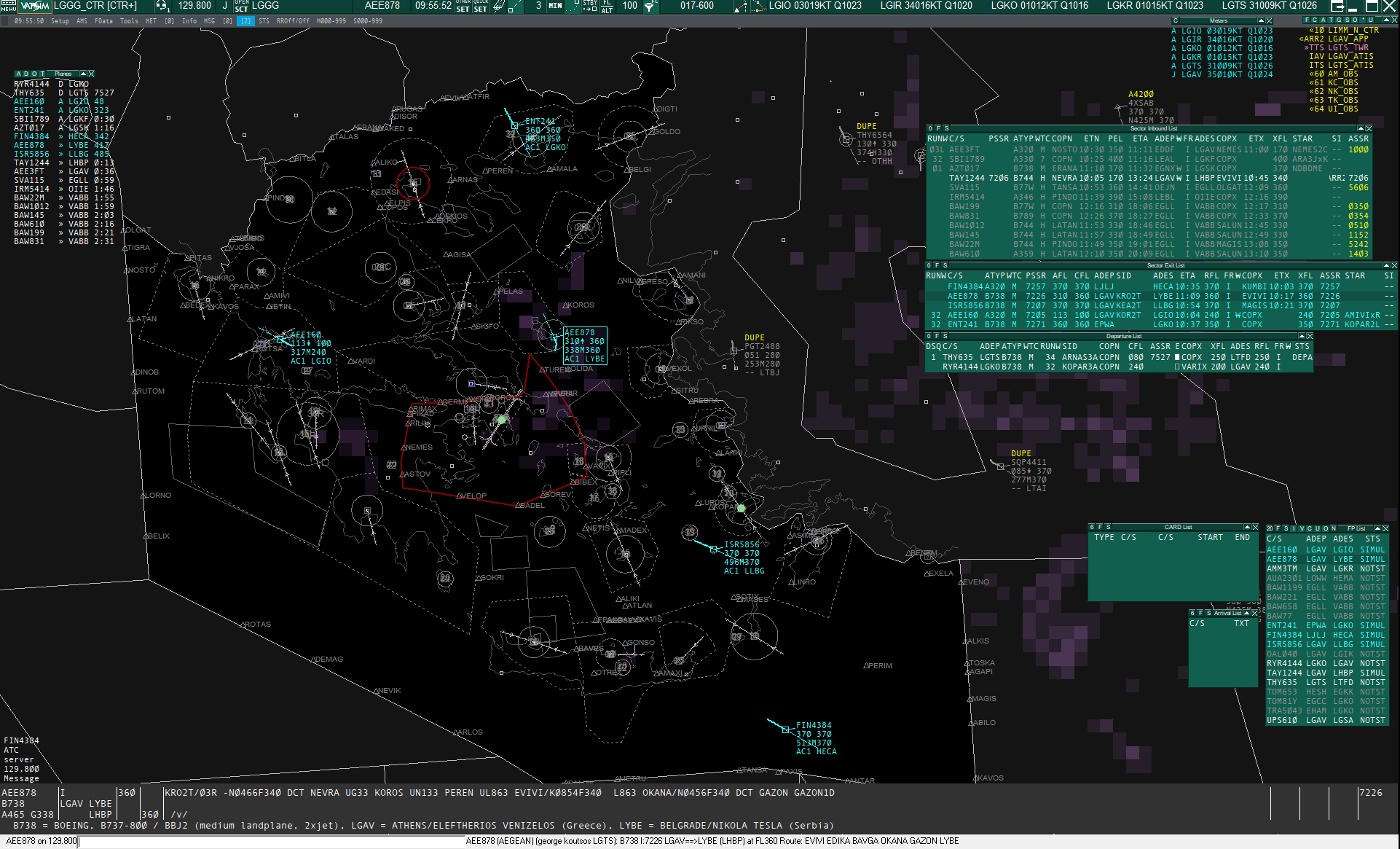 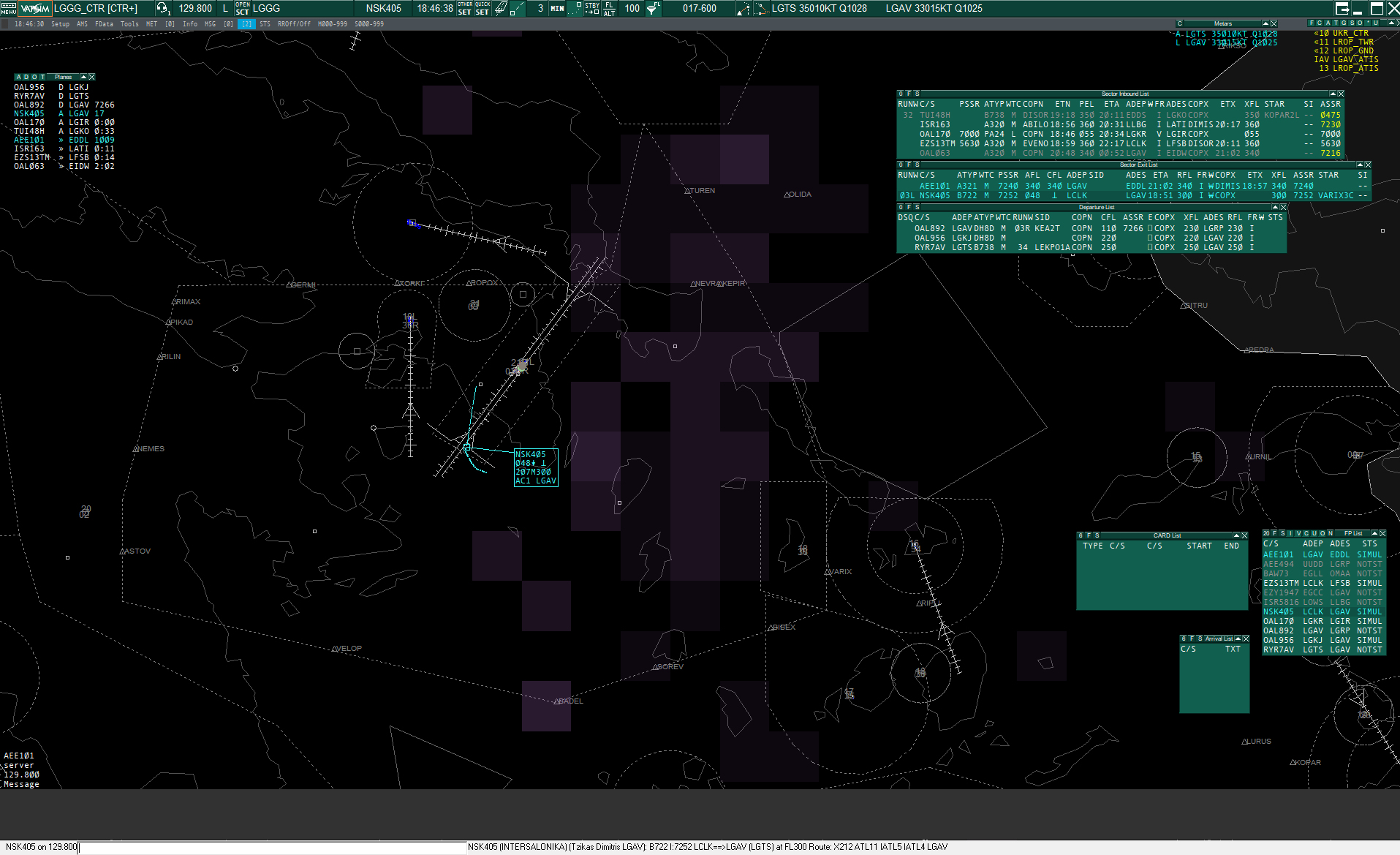